On a modest plot of land near JR Tendo station, in Yamagata Prefecture, farmer Yoshinori Wakatsuki is growing akane-horenso – a red-stemmed variety of spinach hearty enough to thrive under a blanket of snow – alongside a small bounty of other crops in sprouting rows. 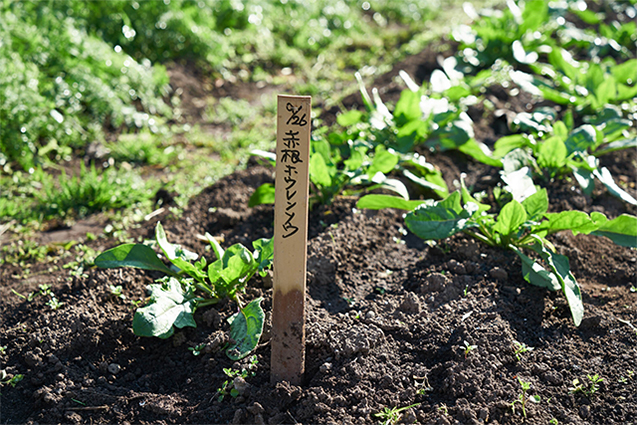 In a greenhouse behind the field, he raises Napa cabbage, Japanese leeks and tomatoes. A shed on one side of the property houses a stainless-steel compost machine. 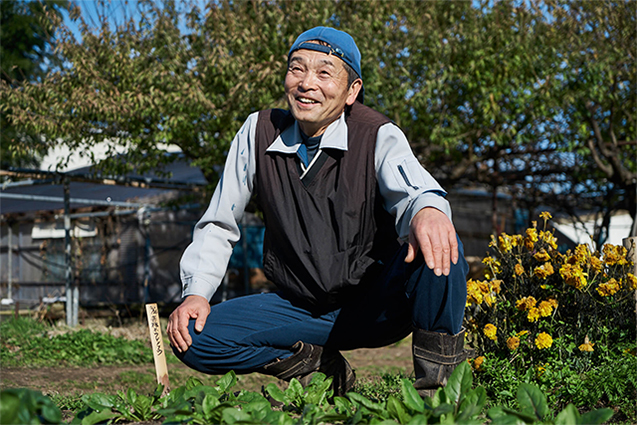 The farm and composting facility are owned by Takinoyu Hotel, a venerable 86-room resort that was founded as an onsen ryokan (hot spring inn) in 1911 and known for its soothing baths and excellent hospitality.

“The vegetables we grow here are completely organic,” he says, explaining that the produce is used to prepare meals for the guests at the hotel. 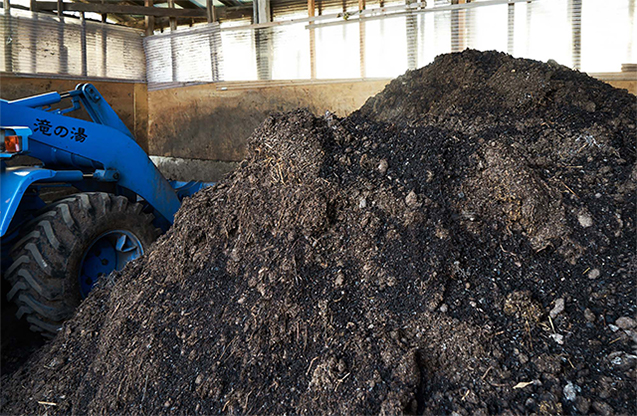 Instead of using commercial fertilizer, Wakatsuki fortifies the soil with a nutrient-rich, chocolate-brown humus made with compost from the hotel’s kitchen. The compost is mixed with straw, rice husk ash and bamboo charcoal and allowed to ferment for several months before being added to the fields.

The hotel established its private farm and composting system more than 20 years ago – long before “clean” eating became a trend. 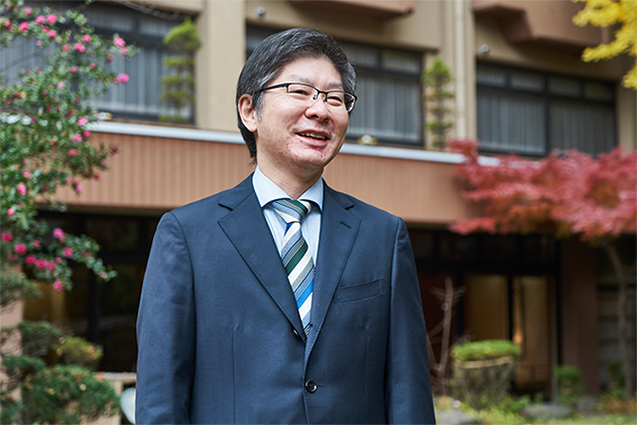 “At that time, a serious food poisoning incident took place in the area, and it was discovered that the cause was related to environmental problems,” explains Hikaru Umesawa , director of sales promotion. “We are a large hotel and wanted to do our part to protect the region’s natural surroundings.”

Prioritizing the health of the community over profits, the hotel sought to reduce its impact on the environment by shrinking its carbon footprint and using all-natural ingredients throughout the property – in everything from the toiletries to the detergent used to launder the sheets and towels, in addition to the food. 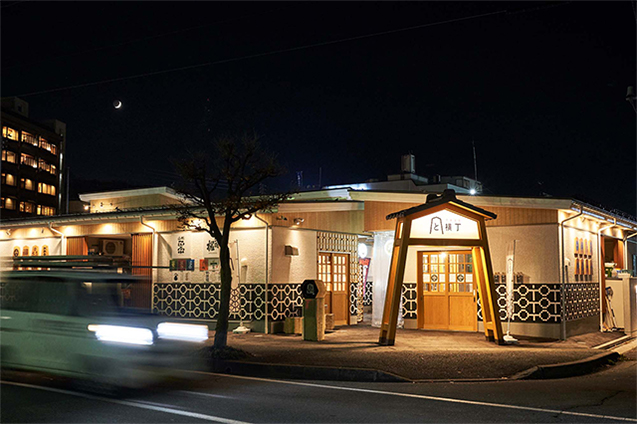 The same kind of big-picture thinking led the company to launch “To Yokocho”, a charming clutch of casual eateries inspired by yatai food stalls, earlier this year. Located on a corner across from Takinoyu, the complex features eight restaurants. Each specializes in a different style of cuisine – from teppanyaki and oden to Korean food and sushi – showcasing ingredients from Yamagata. The idea is to encourage guests to hop from shop to shop, having a few bites and a drink at each place. Manabu Umesawa hopes that the project will attract more tourists to the area, giving a boost to the local economy.

“Instead of forcing guests to eat every meal at our hotel, we thought it would be good to have a variety of places where people can enjoy different kinds of cuisine. That way, guests are happy, and more businesses will benefit – a win-win situation,” he says. 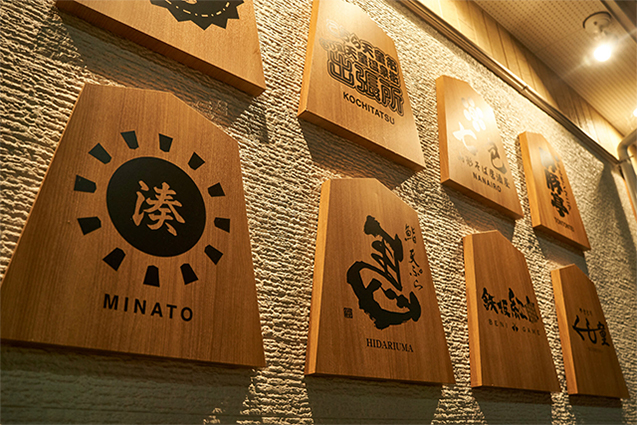 “To Yokocho” takes its name from tokin, which refers to a powerful game piece in shogi, or Japanese chess. The reference is a nod to the town’s status as the number one producer of shogi pieces, and the complex is intended to serve as a central meeting point, where visitors can mingle with locals over good food and drinks, or play a match of shogi on the stone tables set up on the premises. 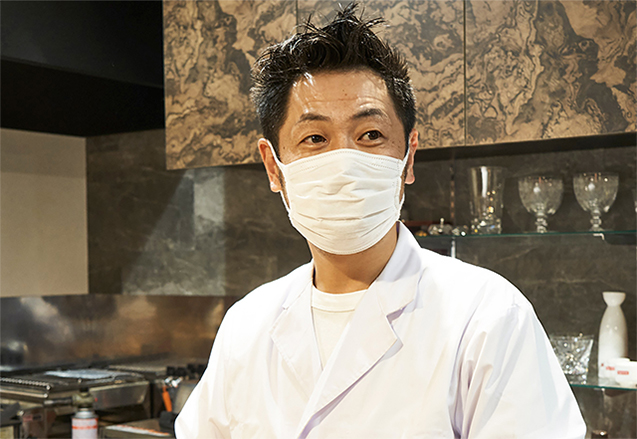 Manabu Umetsu, owner of “To Yokocho’s” sushi and tempura restaurant Hidariuma, saw the project as a chance to introduce Yamagata natives to authentic edomae-style sushi – a style of cuisine not widely represented in the region – served alongside a selection of premium local sake. “There are a lot of cheap kaitenzushi-style sushi places, but very few authentic restaurants where the chef cares about the rice and uses traditional akazu vinegar,” he says. “Sushi is a valuable part of Japanese cuisine. I want to preserve that tradition and share it with more people.” 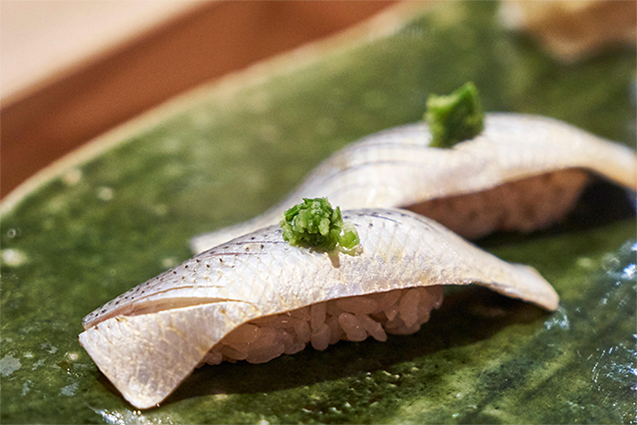 When the 14-seat restaurant opened last winter, it was an instant hit. However, business plummeted after the covid-19 pandemic forced the Japanese government to declare a state of emergency in April. “I learned a lot during that time. It was tough but we were supported by our regulars and businesses in the community like Dewazakura Shuzo, who came repeatedly for takeout and gave us hope,” he says.

Thankfully, customers are returning. On a recent evening, a few diners are seated at the counter, deep in discussion about Yamagata sake. When I order a glass to go with a few pieces of nigiri, they invite me to join the conversation, filling me in on the local breweries. An easy camaraderie arises as the sake flows, and for a moment I feel like part of the community. 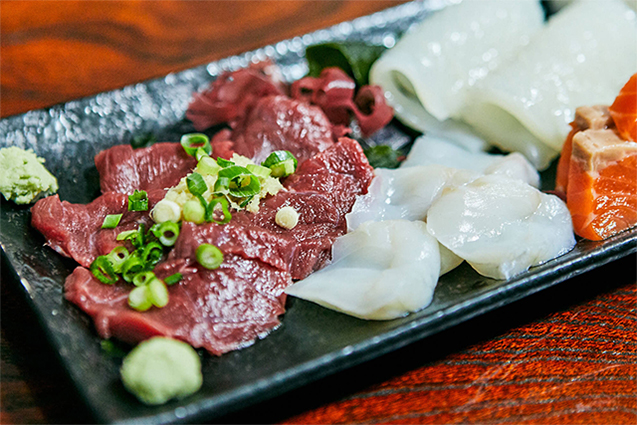 In Japanese culture, drinking plays an important role in forming social connections and facilitating communication – whether between friends, colleagues or diners seated beside each other at a local pub. There’s even a jokey slang term to describe this phenomenon: nomunication, a portmanteau combining the words “to drink” (“nomu” in Japanese) and “communication.”

Some of the best places to see nomunication in action are izakaya, casual spaces offering drinks and small plates meant for sharing. 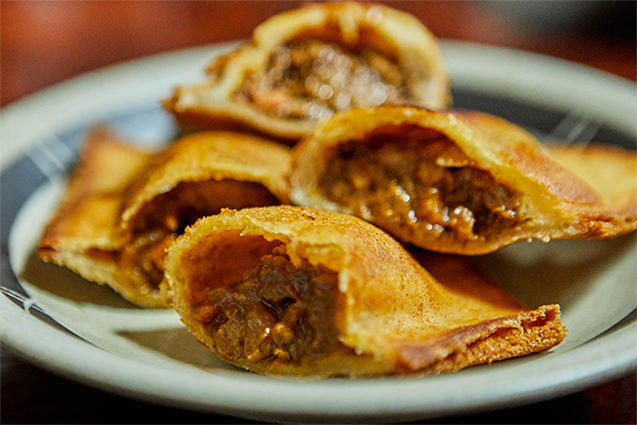 In Tendo, Toku Toku is a warm and welcoming watering hole helmed by an amiable, bespectacled chef. A short but sweet list of local sake pairs with homemade dishes such as succulent grilled shishamo, cheese-filled mochi rice cakes stuffed into deep-fried pockets of tofu, and an ingenious take on kare-pan, or curried minced meat encased in a bread fritter. 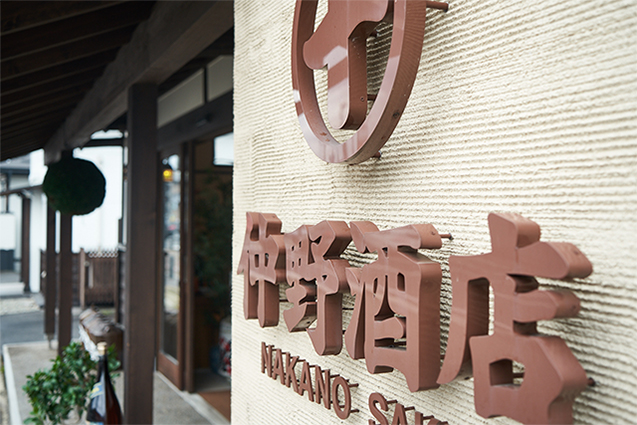 You can bring the spirit of Yamagata-style nomunication home for your next virtual happy hour with a visit to Marujyu Nakano Liquor Store, beside the Dewazakura Sake Brewery in Tendo, where you’ll find a wide selection of Dewazakura brews as well as sake from all over Yamagata. The shop also sells snacks made from local produce such as dried dadacha-mame, a relative of edamame soybeans.